Five Men of the 25th New York Infantry are buried at Battleground National Cemetery. (Click on a name below for more information.)

The Monument to the members of the 25th New York who died at Fort Stevens was erected in 1914, making it the last of the four of the regimental monuments in Battleground Cemetery. This image of the statue by McGibbon & Curry was widely circulated in newspapers in the spring of 1914, in anticipation of the dedication on the 11th of September of that year. See Monument to NY Troops.

The dedication was “necessarily delayed” when the statue was not ready on the 11th. The Washington Star ran this photo of the monument on September 19, 1914.

Monument to 25th New York Volunteer Cavalry, Who Defended the Capital in 1864. 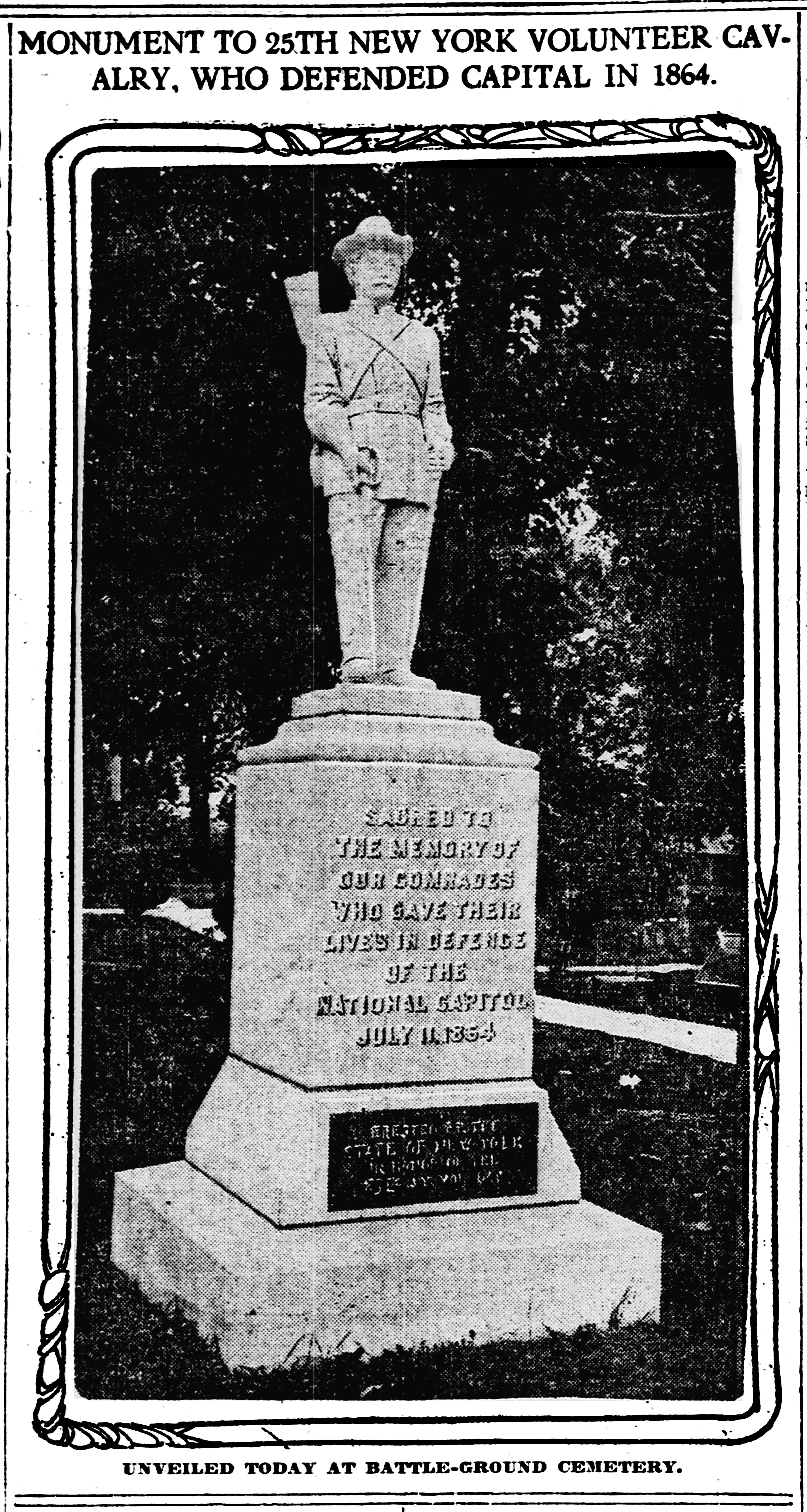